Home / Ideas and inspirations / Pergola or bioclimatic veranda: the right choice on the basis of the use

Pergola or bioclimatic veranda: the right choice on the basis of the use

In just a few years, verandas and pergolas have become a reference equipment in bioclimatic homes. While each one offers its own advantages, they also present a certain number of constraints that must be taken into account from the begin when defining the project.

The bioclimatic veranda, a central element of the low-energy house

The bioclimatic veranda: a smart equipment

The veranda represents an important part in a bioclimatic house. Its location in relation to other parts, its orientation and equipment are customised. All this is done in such a way as to optimise its temperature regulator’s role in the house. 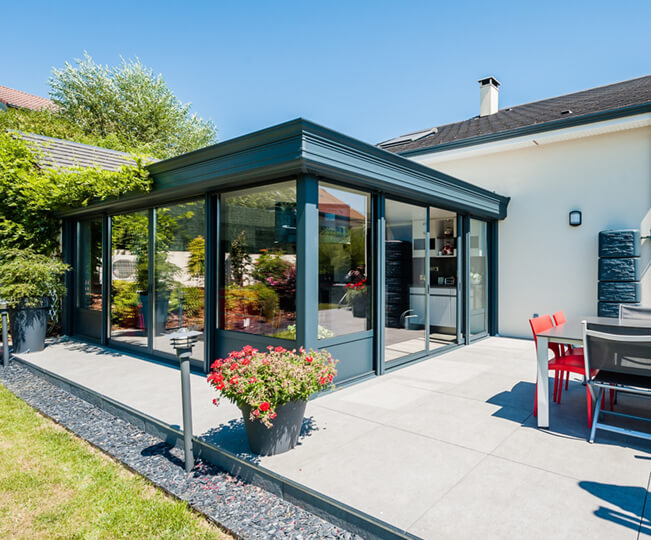 The veranda in the bioclimatic house

Thanks to its operation mode and its ability to regulate the temperature of an entire house, the veranda is an excellent ally in a bioclimatic approach, and a central element in low-energy houses. But in order to perfectly optimise this element, it is often necessary to design the house taking into account the constraint of the veranda from the drawing board. It is for this reason that it is sometimes mistakenly said that the bioclimatic veranda is reserved for new or under-construction homes.

However, it can happen that the orientation of an existing house and its internal layout make it possible to integrate a bioclimatic veranda. Even without being perfectly optimised for bioclimatic use, a house extension can be perfectly well-equipped with one or more of the characteristics of bioclimatic verandas. Generally speaking, even if a veranda is chosen for all its intrinsic qualities, there is nothing to prevent it from being upgraded with some bioclimatic properties.

The bioclimatic pergola: an alternative?

If pergolas and verandas can be offered in bioclimatic variants, these two equipment does not fit into this approach in the same way. While both acts on thermodynamic factors, the functioning of the pergola is quite different from that of the veranda. Whereas the veranda is a glass room that directly produces a greenhouse effect and therefore heat, the pergola acts indirectly by controlling the light input that hits the glazed surfaces. This will allow to modulate the greenhouse effect in the house, and therefore the production of heat.

Focus on the Installux Pergola Systems

In this respect, the bioclimatic function of a pergola is often considered as a welcome side effect rather than its primary role. Above all, the pergola provides shade for outdoor areas to enjoy them for a longer time. Coupled with a custom-designed sliding glass and aluminium door system, it offers interesting bioclimatic properties, for example by limiting the greenhouse effect in summer and maximising it in winter. If the bioclimatic function has often been secondary on pergolas, the aluminium models equipped with adjustable louvers allow such energy savings so that the bioclimatic argument is increasingly taken into account. 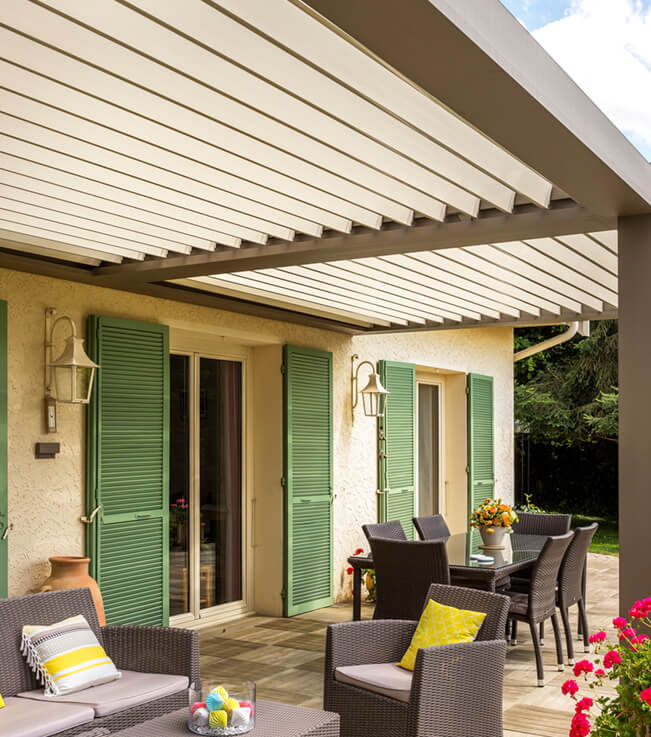 In theory, the pergola – being an external equipment – is easier to position, to orient and to size in a bioclimatic perspective than a veranda. These advantages mean that the pergola is generally the first step in a bioclimatic approach, especially for renovation projects.

However, each case is unique! The bioclimatic dimension of a pergola is neither systematic nor mandatory. Everything depends on many factors such as:

Depending on the house, it may be more interesting and simpler to reduce energy consumption by changing the joinery or creating a veranda rather than by installing a pergola.

If we want to summarise the choice between pergola or veranda, we can say that fully bioclimatic verandas are often found in new buildings, while bioclimatic pergolas are more suitable for renovation projects. But as usual, this is neither systematic nor automatic.