Home / Ideas and inspirations / Do you wish to extend your house or to add a conservatory?

Do you wish to extend your house or to add a conservatory?

Expanding the living space in a house always demands renovation. There are however a number of options available, either to redesign existing and unused spaces or to physically extend the house.
This article will focus mainly on house extension solutions, including the straightforward extension and conservatory expansion. In the course of the pages, we will see that the distinction between expansion, extension and conservatory is much blurred today than it was only thirty years ago.

Why extend your house?

There could be many reasons for extending a house’s space. Many times, it is a matter of being able to adapt to new challenges without having to switch to a new house. The newly created space can be used as an office or as an additional bedroom.

Many extensions are done soon after the purchase of a house. Thanks to these renovation projects, the house can be entirely redesigned, featuring large areas of glass and a layout of bedrooms, kitchen and bathrooms that is better suited to modern lifestyles.

Extensions are also increasingly viewed as a way to add value at the time of selling. Over and above the immediate added convenience, an extension can align the house with the overall local market or, in fact, make it stand out from the rest, thanks to a bioclimatic conservatory or a large glazed living room. 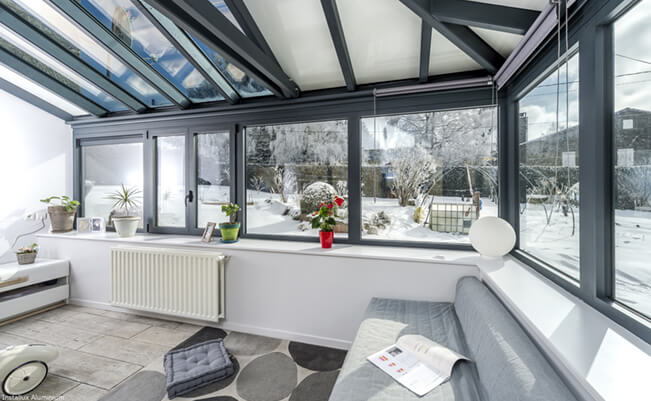 What are the applicable regulations?

By and large, house extensions must comply with local planning regulations with regard to the height of the building, the colours used and the proximity to other buildings.

It should be noted that regulations concerning the extension of houses, including pergolas and conservatories have recently been amended. In areas managed by Local Urban Plans (PLU), a construction permit is required for areas larger than 40m2 as opposed to 20m2 as was previously the case. For areas smaller than this, a simple declaration at the town hall is enough.

House extension, a classic solution that is worth a facelift 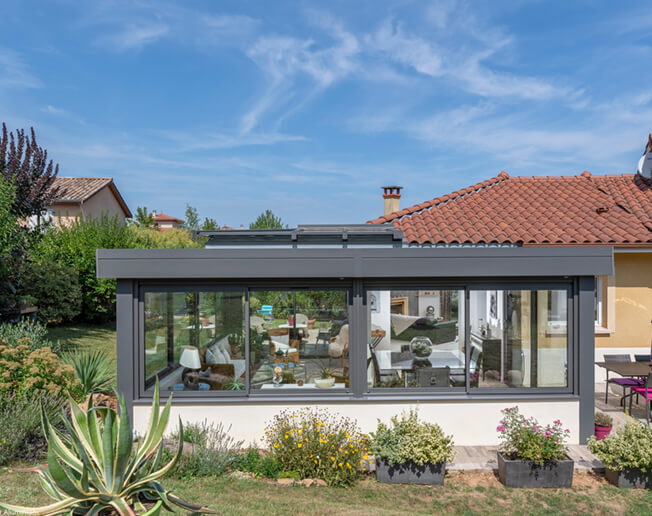 In this particular case, a house extension is a form of home expansion. The idea is simply to add new structures to existing buildings using the same style and the same masonry work. In a more practical sense, this means adding new walls, structures, and casement doors and windows in order to extend the house and create new rooms similar to the current ones.

The comfort and lifestyle can be the same, but on a more extensive area. The size of the house remains more or less the same, only bigger.

Extend and change the style

The conventional method of extending houses through simple extensions is nowadays becoming less appealing. Recently, there has been a relaxation of urban planning regulations, particularly in terms of architectural style in order to keep pace with changing lifestyles.

So instead of simply extending the living room or creating a new bedroom that is identical to the others, it is now possible to be innovative by, for example, integrating large bay windows into the new living room.

Conservatories have always been an integral part of the house, as an extension to the garden and to outdoor activities. However, thanks to the new materials such as aluminium, modern conservatories constitute an extension of the house like any other. They address the same needs but with a different approach in terms of well-being and aesthetics.

However, compared to the traditional extension, this is largely made up of glass components! It therefore not only opens up new possibilities in terms of comfort and aesthetics, but also in terms of the environment thanks to the increasingly appealing bioclimatic features.

As a result, the line between a conservatory and a house extension is becoming increasingly blurred. Today, aluminium conservatories fitted with flat roofs may consist of real masonry structures extending over several floors that can radically transform the entire function of the house.

The modern conservatory is thus an extension of the house that offers a new experience and a rediscovery of living. It’s time to forget about the stereotype of cold and damp conservatories in winter and suffocating in summer. With the use of sophisticated glass, excellent aluminium profiles such as those designed by Installux plus a customized design by a professional fabricator, conservatories can become living areas among other spaces. Each conservatory can be fitted on demand: bedroom, shower room, kitchen, living room, etc.

As opposed to the conventional extension, a conservatory has a number of remarkable advantages:

A case of taste